Regional Medical Center Bayonet Point is committed to providing the highest-quality medical care. We are proud of everyone who contributes to the care and services of patients. Whether it is clinical care and medical services or our support staff - everyone has an important role in contributing to the health of our community.

Above all else, we are committed to the care and improvement of human life.

Board of Trustees Members 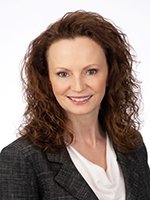 Gina Temple became CEO of Regional Medical Center Bayonet Point, September 2019. Gina is a Board Certified Hospital Administrator with over 27 years of experience. Gina was most recently from San Antonio, Texas where she worked within the Baptist Health System in several executive roles. Gina had served as the President of Mission Trial Baptist Hospital. Prior to Mission Trail, she served as the Texas Group Chief Operating Officer/Chief Operating Officer of North Central Baptist Hospital.

Before joining Baptist Health System, Gina was the Vice President of Operational Integration for Sutter Health in Sacramento and has served as an Examiner for the Malcolm Baldrige National Quality Award.

Gina's passion is developing organizational cultures that yield extraordinary experiences and outcomes for patients, employees, and physicians. She will be making the transition with her husband, Donald Temple, Retired Major USAF. Donald and Gina are the proud parents of sons, George and Grant. She earned a PhD from Walden University, MPA from University of West Florida, and BSN from University of South Alabama. 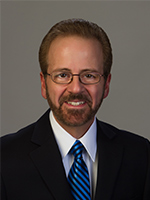 Michael Trevisani, MD, MBA, CPE, FASCRS, FACHE was named Chief Medical Officer (CMO) for Regional Medical Center Bayonet Point, in June 2020. Dr. Trevisani is a Board Certified Hospital Administrator and a Fellow of the American College of Healthcare Executives. He has been engaged as a Chief Medical Officer for 14 years at various institutions, including the Mt. Carmel Healthcare System in New Albany, Ohio; the Mohawk Valley Health System in Utica, New York; and the United Health Services system in Norwich, New York.

Before becoming a full-time hospital administrator, Dr. Trevisani practiced medicine as a Board Certified Colon and Rectal Surgeon in Central Florida for 17 years.

Dr. Trevisani earned an MBA from the University of South Florida, an MD degree from the State University of New York Upstate Medical Center, and a BA from Hamilton College. 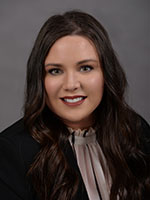 Paige Laughlin, became Chief Operating Officer for Regional Medical Center Bayonet Point on January 13, 2020. Ms. Laughlin comes to Bayonet Point from Sunrise Hospital in Las Vegas where she serves as the Vice President of Operations, Ethics & Compliance Officer, and Chief Staffing Officer. As Vice President of Operations Paige provided administrative leadership over imaging, laboratory, respiratory therapy, security, food and nutrition, and transport services. She was also responsible for the growth and development of the critical care transport team and for the rehab, bariatric and oncology service lines.

Ms. Laughlin began her career with HCA as a management engineer working on facility labor management in Houston, Texas, with oversight of 14 hospitals. She was then promoted to the position of Performance Improvement Manager in the Capital Division with responsibility for operational efficiencies and improvement in 17 hospital-based emergency rooms and three free-standing ERs across Virginia, Indiana, Kentucky and New Hampshire.

Ms. Laughlin received her bachelor's degree in industrial and systems engineering from the Ohio State University. She received a Master of Health Administration from Virginia Commonwealth University in Richmond, Virginia.

Ms. Wetmore has over 20 years of experience in emergency care and nursing leadership. She began her career in Rochester, NY and served in emergency nursing in Torrance, California, Tucson, Arizona, and Tampa, Florida.

Bob started his 25 plus year career with HCA Healthcare at Largo Medical Center as a Registered Respiratory Therapist in 1994. Following the transition to a Registered Nurse in 2004, Bob worked as a Critical Care Nurse in Largo Medical Center's open-heart recovery unit. In 2007, Bob went to Oak Hill Hospital as a Nursing Supervisor and served in various roles including Vice President of Critical Care and Cardiovascular Services.

Mr. Linares holds a Master's of Science in Nursing from the University of West Florida. He is Board-Certified Nurse Executive and Critical Care Registered Nurse. 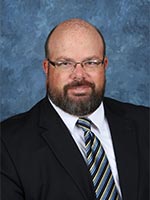 Tom Lawhorne was named Chief Financial Officer of Regional Medical Center Bayonet Point in December 2011. Tom has more than 20 years of financial management and leadership experience in the healthcare industry.

Hunter Adams joined Regional Medical Center of Bayonet Point as the Assistant Chief Financial Officer in October 2019. Prior, he served as the Director of Financial Reporting for HealthTrust Purchasing Group, HCA Healthcare's group purchasing organization (GPO). In this role, he managed the daily operations of the accounting and fee processing teams, and was responsible for the development and enforcement of financial reporting guidelines among various departments and product lines of the GPO. He began his career with HCA in the Internal Audit department, where he helped plan and direct a variety of audit engagements across HCA's diverse lines of business.

Hunter is a Certified Public Accountant. He holds a Masters of Accountancy from Lipscomb University in Nashville, TN, and earned a Bachelor of Science in Business Administration with a concentration in Accounting and Finance from the University of Tennessee in Knoxville, TN. 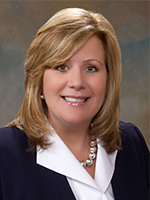 "Sherry is a seasoned HR leader who has excelled in supporting her leadership teams in strategies to elevate employee engagement and improve retention," said Gina Temple, CEO. "The leadership and employees of Bayonet Point are excited to welcome Sherry back to the team," she added.