Hudson, Florida – Regional Medical Center Bayonet recently honored Maria Paulter, RN (registered nurse), and Julia Wise, RN, as its Nurses of the Year. Maria Paulter was honored as the RN Nurse of the Year and Julia Wise was honored in the category of New RN of the Year. Both Ms. Paulter and Ms. Wise were recognized at Regional Medical Center Bayonet Point's annual Nursing Gala. The event was designed to recognize the significant accomplishments of the hospital's nurses and physicians. Both Ms. Paulter and Ms. Wise were chosen for their dedication to providing high quality, compassionate patient care.

Maria Paulter has been a dedicated employee at Regional Medical Center Bayonet Point for over 30 years. For 20 of those years she worked in the Endoscopy Department and has been regarded as Clinical Lead of the department for 10 of those years. This department has been steadily growing their services and staff under Maria's supervision. In the past year Maria assisted with the transition of residents and fellows into the department and was instrumental in designing a space within the department conducive to learning and reviewing films and records to help the physicians deliver safe patient care. Maria also led the way in developing a Navigational Bronchoscopy service, as well as Esophageal Motility and Small Bowel Capsule studies. Maria's leadership has caused the staff of endoscopy to become a cohesive and pleasant unit. The staff plays an important role in gaining Bayonet Point's high satisfaction scores in the Outpatient Ambulatory Surgery category.

Ms. Wise was a new RN and hired at Regional Medical Center Bayonet Point in April 2018. She was hired into the Cardiac Surgical Unit (CSU) and in her short one-year tenure as an RN she earned a reputation for several accomplishments. Julia initially attended the StaRN Residency Program for New Nurses. She successfully completed this orientation program and has grown and flourished into a strong critical care RN for the CSU. Her growth has been so strong that she reached outside of the normal shift's duties. She is now the leader for the Practice Standards Council for the hospital. A few months ago, a Charge RN position came open for CSU. Julia was chosen for the shift leader position based on her peer feedback and her energy and clinical strength. 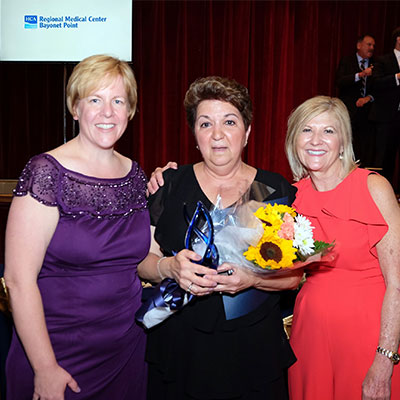 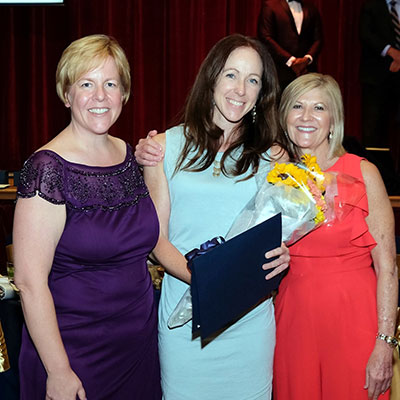